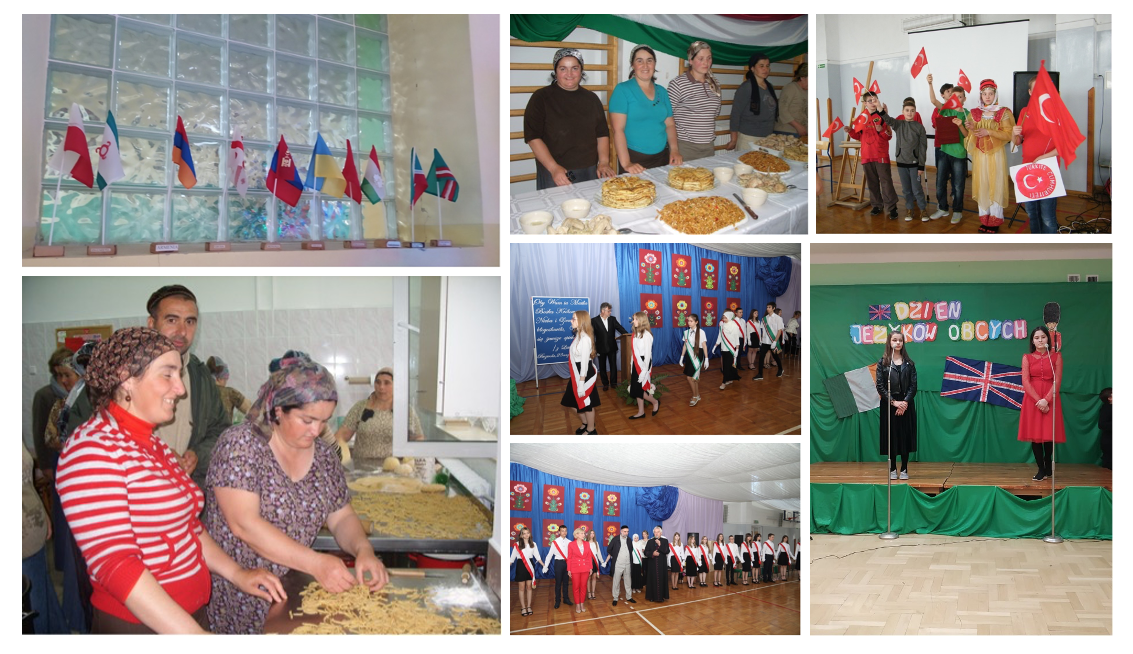 Zespol Szkol named Unitów Podlaskich in Wohyń has been working with migrant students since 2008. Over the last 14 years, foreign students accounted for 5% to 15% of the school community. From the very beginning, we have been trying to carry out activities aimed at including foreign students in the didactic and educational process and their better integration in the school environment.

Getting to know the national symbols of the countries of origin in order to ensure a friendly school environment for foreign children.

The school provides the opportunity to present national symbols of a foreign student in a representative place of the school. In the hall of the school there is an exhibition of flags of all nationalities of students who have attended this institution since 2008. At the same time, it is information for people visiting the school that it is attended by students of many nationalities.

Involvement of foreign students and their parents in school life for better integration with the school community.

Creating opportunities for the school to present the skills, achievements and talents of foreign students.

Students perform at school assemblies, receive awards for scientific, sports and artistic achievements. Students' works are exhibited in class and school exhibitions, the school's website. The school practices a variety of ways to reward or recognize a student's talent. An experience that deserves to be disseminated is the awarding of the "Reward for Bravery" at school, the annual organization of the Day of Foreign Languages - with vocal concerts of students in different languages.

Respect for people, traditions and customs in Zespol School in Wohyń implemented through various national and international Erasmus+ projects

Respecting cultural and religious distinctiveness and strengthening a positive attitude towards diversity.

Before admitting a foreign child to school, students should be explained about the specific needs of their new peer, e.g. those related to a small knowledge of the language of the country in which they start their education, cultural or religious practices and other living conditions, e.g. in a center for foreigners, which may affect on the overall situation in the classroom. Showing the possibility of different cultures and religions coexisting side by side during school and community celebrations (e.g. involvement of students and parents in prayer for peace; artistic performances)

An intercultural assistant as a suport of a school activities aimed at the adaptation of a foreign student.

The intercultural assistant at school supports the ongoing process of integration and adaptation of students with school experience. He is a language and cultural intermediary for a foreign student and his parent at the school. It supports students with foreign students who do not know the language of the student's origin, or any other, in communicating with students.